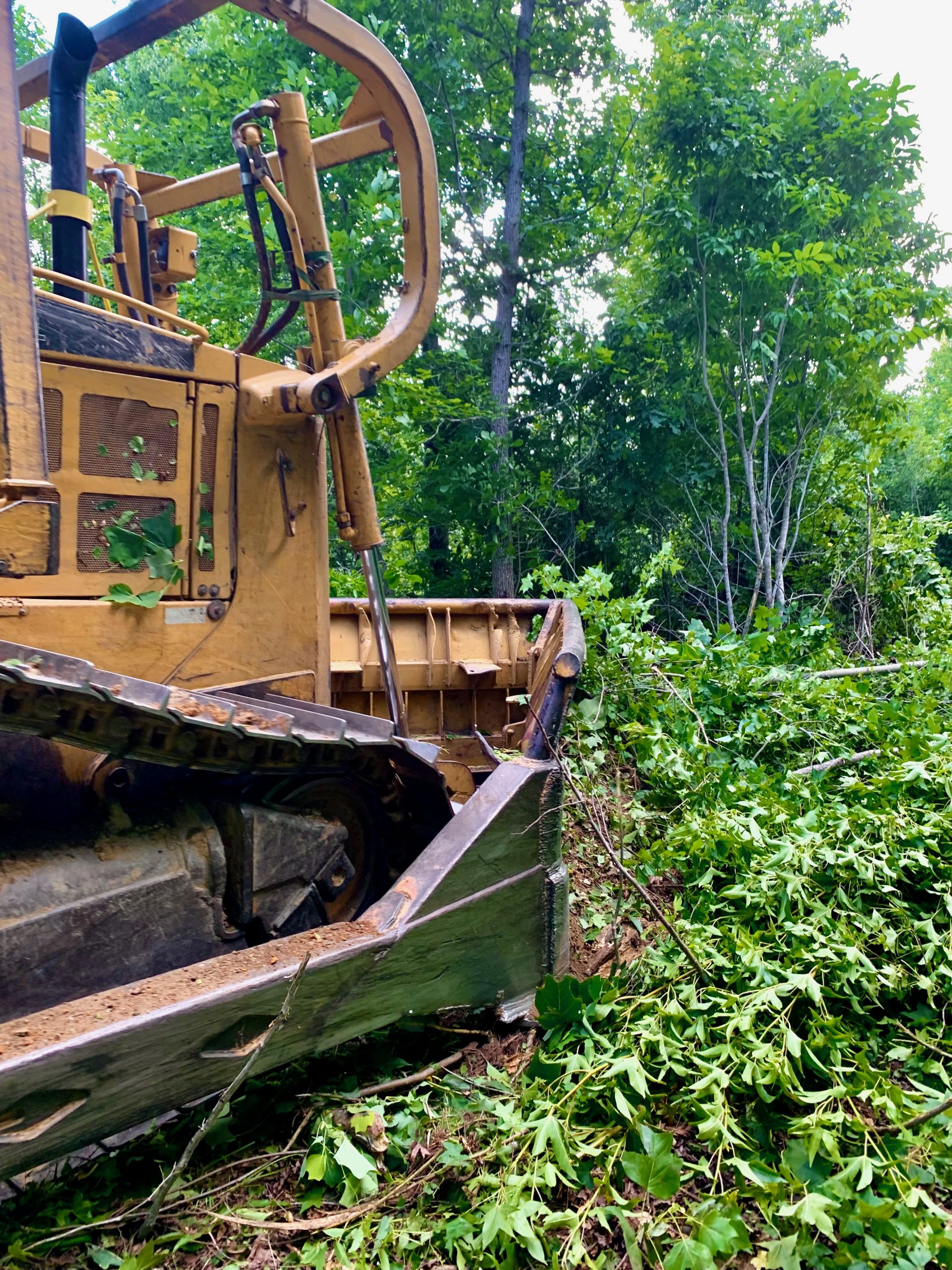 Longleaf pine forests once encompassed more than 90 million acres across the Southeast.  These forests represent some of the world’s most biologically diverse ecosystems and are home to nearly 600 plant and animal species, including 29 threatened and endangered species.  Over the past two centuries, development, timbering, and fire suppression reduced the ecosystem’s range by almost 97 percent.

The FARM 1780 is working with American Forestry Management and Natural Resources Conservation Service to restore a 12.5-acre longleaf forest on The FARM.  This project will provide much-needed transitional habitat in addition to the existing old-growth hardwood forests.

The project will begin with the mechanical removal of non-native and invasive species and trees that provide little to no wildlife or biodiversity benefit. Some of the invasive species noted during an initial survey of the forest land were Chinese Privet, Kudzu, Chinese Tallow, and Chinaberry.  Left unchecked, these invasive and non-native species will eventually create a monoculture forest and lower biodiversity amongst native ecosystems. Following the mechanical removal, all debris will be burned and the ash spread across the property to help provide nutrients and aid the growth of the Longleaf saplings that will be planted in January 2022. After this planting, a one-time herbaceous treatment will be made in the late spring of 2022 to help control any competition in the first season, giving the new saplings the best start possible.

In the successive seasons bi-annual prescribed burning will be used to control the undergrowth promoting the growth of native grasses and vegetation to aid in wildlife conservation and biodiversity. During late summer and early fall of 2022, a native pollinator habitat, food plots, and ten songbird nesting boxes will be installed throughout the reforested area in an effort to encourage the repopulation of any wildlife that was displaced during the preparation process.

Things You Didn’t Know You Could Do With Eggs

This site uses Akismet to reduce spam. Learn how your comment data is processed.

Regular hours will be returning Spring 2023